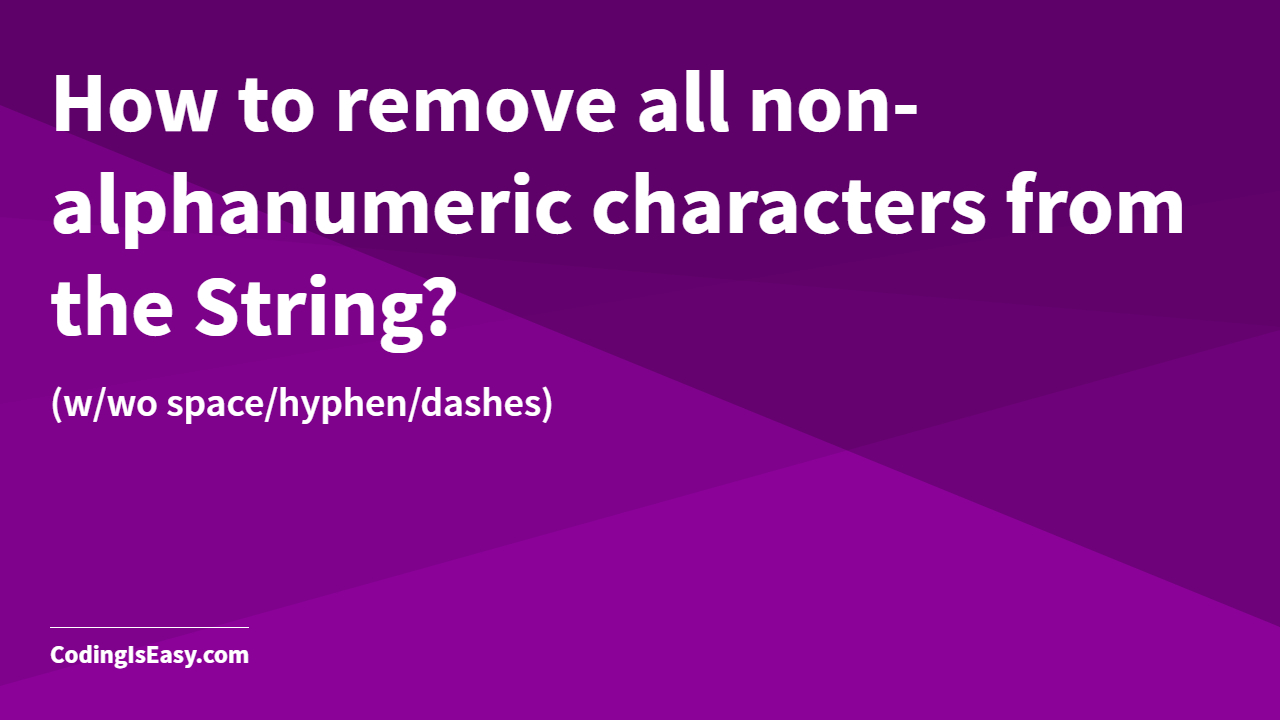 Non-alphanumeric characters are those characters which are not alphabets or numbers.

We will learn two ways to remove non- alphanumeric characters from a string. Both the methods are discussed below.

Remove all non-alphanumeric Characters from String (Including Spaces, Hyphen)

One way is to use an inbuilt function called ‘replace()’. This method helps to replace all the alphanumeric characters with an empty string based on the condition that we have added as a regex.

Here str is the name of the string and there are 2 arguments in replace function, the first one in which we provide the characters which we want to replace and the second is the empty string by which all the provided characters will get replaced and finally we will get the output as ‘DummyStringAbc’ & ‘Dummy String – A b c’.

Another method could be with the ASCII values matching.